I’m here in the field, in Zimbabwe, helping put our next cohort of Akashinga rangers through selection. What is happening here is exciting, and I wanted to share it, so I’ve prepared a short update for you directly from the field in Zimbabwe.

In 2017, we started the Akashinga program on a former trophy-hunting reserve in Zimbabwe’s Lower Zambezi Valley – with 16 women trained as Africa’s first armed, all-female anti-poaching unit. With success, the ranks continued to swell.

The impact has been phenomenal as they’ve built strong relationships with locals, de-escalated conflict, and invested in their communities. Because of our cooperative approach, community members chose to work with us in conservation, rather than against us. The women of Akashinga have chosen conversations over conflict – following their natural instincts and becoming the bridge into communities that the increasingly militarised industry of conservation will need as part of a long-term solution.. 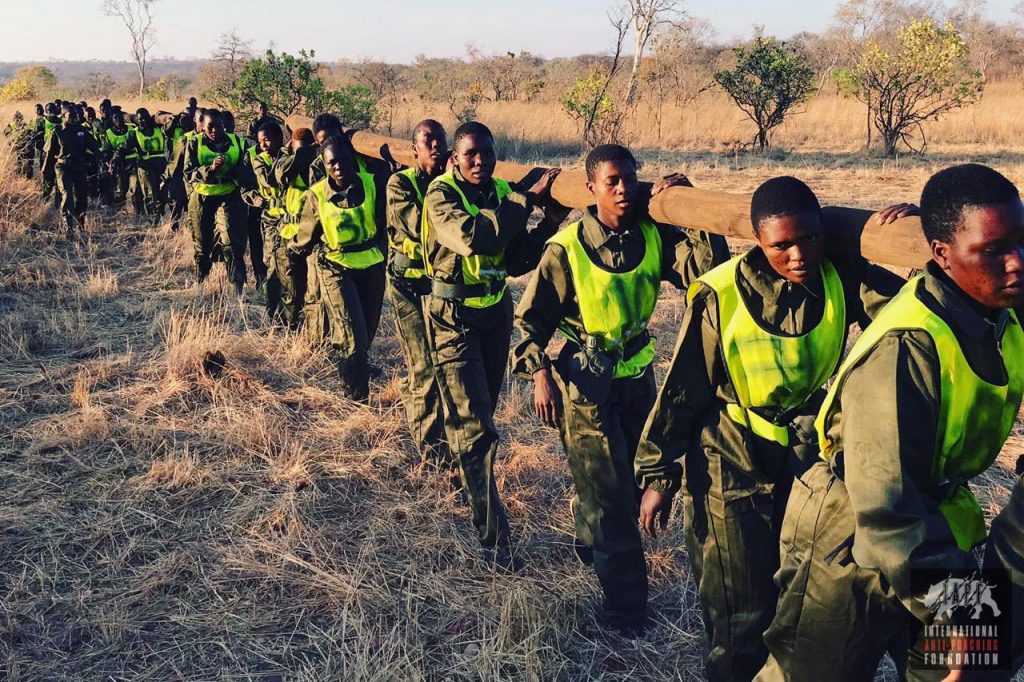 Update on the Elephants Akashinga Protects

This region is home to one of Africa’s largest remaining elephant populations, and a major target for poachers. Harnessing their unique ability to build local relationships, IAPF’s Akashinga program has become a pool of information relating to illegal wildlife crime across the region, and as a result, they have made 115 arrests to date! Many of these are related to organised crime and involve ivory, weapons, pangolins, the use of the deadly poison cyanide, and commercial bushmeat. Syndicates have been broken open and we have been advised of an 80% reduction in elephant poaching across our patrol region since 2016. I want to remind you at this point: Akashinga is the “boots on the ground”, but this work is only possible with your support. YOU are a core part of the progress we’re making here.

The success of our program has led local communities to engage us on more long-term land leases, and I’m pleased to share with you that with their blessing we have 5 parks on the portfolio now totaling one million acres.

These are all former trophy hunting areas, and if we did not implement our Akashinga model, they would continue to be hunted, poached, or handed over for settlement and lost to nature forever.

To meet our new obligations, we have started the training process of the next 240 full-time female rangers here in Zimbabwe. A growing, plant-powered vegan women’s army doing one of the world’s most dangerous jobs in one of its toughest regions.

These women will soon start training, and then deploy into an area in which 8,000 elephants have been killed by armed poachers since 2001. We hope for the best…and prepare them for the worst they may face.

As they mature into their roles, many will go on to further education – funded by IAPF’s wonderful supporters. They will become leaders who their families, communities, and even their country will look up to.

We have a goal of 20 former trophy-hunting areas by 2025: employing and empowering 1,000 women. When I spoke to the first selection course last night as they prepared to commence, I asked them not to think of this as a job to be a wildlife ranger. Think of this as an opportunity to do anything they want to in life. That is what Akashinga is. It is an opportunity for them to fly.

IAPF’s Akashinga training team is nearing the end of the first selection course in our training and deployment of 240 more Akashinga rangers here in Zimbabwe. So many memories flooding back to my time on selection in the Navy to become a clearance diver, and later into Special Forces. Being exposed to the four pillars of misery: being hungry, tired, cold, and wet. You learn the most about someone when they don’t think they are being watched. How they behave. You can almost see one’s thoughts. Their self-doubts. The distance one will place between suffering and breaking.

As we prepare these women for the frontlines of our battles against poaching, I’m reflecting on the thousands of male soldiers, sailors, police, rangers, and scouts that I’ve been involved in training over the past 20 years. In truth, there are really only two things that matter: character and spirit. If you don’t have those, you don’t have a chance. CVs, references, qualifications, and fitness levels mean nothing here. We don’t want perfect. We want scrappers. People who know what it’s like to have to fight for survival. The rest will be learned.

These women are as tough as they come, and they are willing and able to fight to the end. For so long, our societies’ visions have been clouded by ego, blocked from seeing the most powerful force in nature – a woman’s natural instinct to protect. Conservation is about protection, and few are as naturally ready for this job than these women in the communities bordering the areas they are being tasked to protect. Their grandparents grew old here; they were raised here; their children will grow up here. It is their home and they have vested interest in the long-term success of these areas.

Akashinga seeks out the toughest of the tough to be nature’s fiercest protectors. When spirit and character meet purpose – nothing can stand in a person’s way. Regardless of who you are, where you are from, or what you want to do in life.

There are some amazing supporters who have made this program a reality. Thank you all so much.

Akashinga – The Brave Ones

Please help sustain this momentum with your donation to IAPF today!