Ranger Camps Prepare for the Invisible Enemy and Increased Poaching

While tensions run high around the world, we respond to uncertainty.

“Out beyond ideas of wrongdoing and rightdoing, there is a field. I will meet you there.” – Rumi

While over the years we have grown as an organisation, above all else right now we remain flexible. Our mission has multiple fronts. Our first priority is protecting our staff in the fight against an invisible enemy that is all around us. At the same time the mounting threat of poaching will be met head on using continuously evolving tactics. Finally, we remain on standby to assist our partners, the local community, in the same way we rallied to action during Cyclone Idai that ripped through Mozambique and Zimbabwe only a year ago.

The past few weeks have been a blur for us all. As an organisation we shifted immediately into damage control mode as the pandemic rolled over the horizon towards Africa’s shores. I can now take the opportunity of pause to share the actions of our team who I’m proud to say are doing a remarkable job.

Following are some recent successes from the field:

Intercepted an ivory deal, recover two tusks
One of our teams intercepted an ivory deal in the capital of Harare. This resulted in the recovery of 2 large tusks and 1 arrest for trafficking ivory.
Covert operation yields heavy calibre rifle
In Gokwe, a heavy calibre .303 rifle was recovered, thanks to the information received by our teams which triggered the operation.
Confiscation of illegal rifles and gun
In the Zambezi Valley where the Akashinga rangers are based, 5 rifles and 1 hand gun were seized in a joint operation with local authorities targeting illegal firearms. Removing weapons from the system is a critical part of our work since each of these rifles are capable of endless carnage.
Sting operation nets 225 pounds ivory
In south-eastern Zimbabwe on the Mozambican border, our team conducted a sting operation which netted approximately 225 pounds of elephant ivory. One person was arrested for illegal possession of ivory and remanded to appear in court.
Operation saves live pangolin
Information our staff had collected led to an operation which recovered a live pangolin being illegally trafficked. Several armed suspects were arrested including criminals with existing arrest warrants. In addition to the live pangolin, a vehicle and pistol were confiscated. Several face masks that the criminals used in armed robberies in the past were also recovered.

On the financial side, we are tightening our belts and preparing for an unknown economic landscape as we diversify our fundraising strategy. With a combined staff of almost 200 people we have an increasing responsibility to look after our family and maintain operations.

Having to make critical decisions in an accelerating situation will put any management team into overdrive. Through the twists and turns of what we are now living, we’re evolving hourly as information changes. Staffing, HR, outreach, operations, logistics, cash flow, sanitation, transport, medical supplies, deployment, law enforcement, regulation changes and of course, conservation. In any operational environment these elements require the full attention of all senses. But we’re operating in some of the most remote reaches of Africa where there is very little room for error. 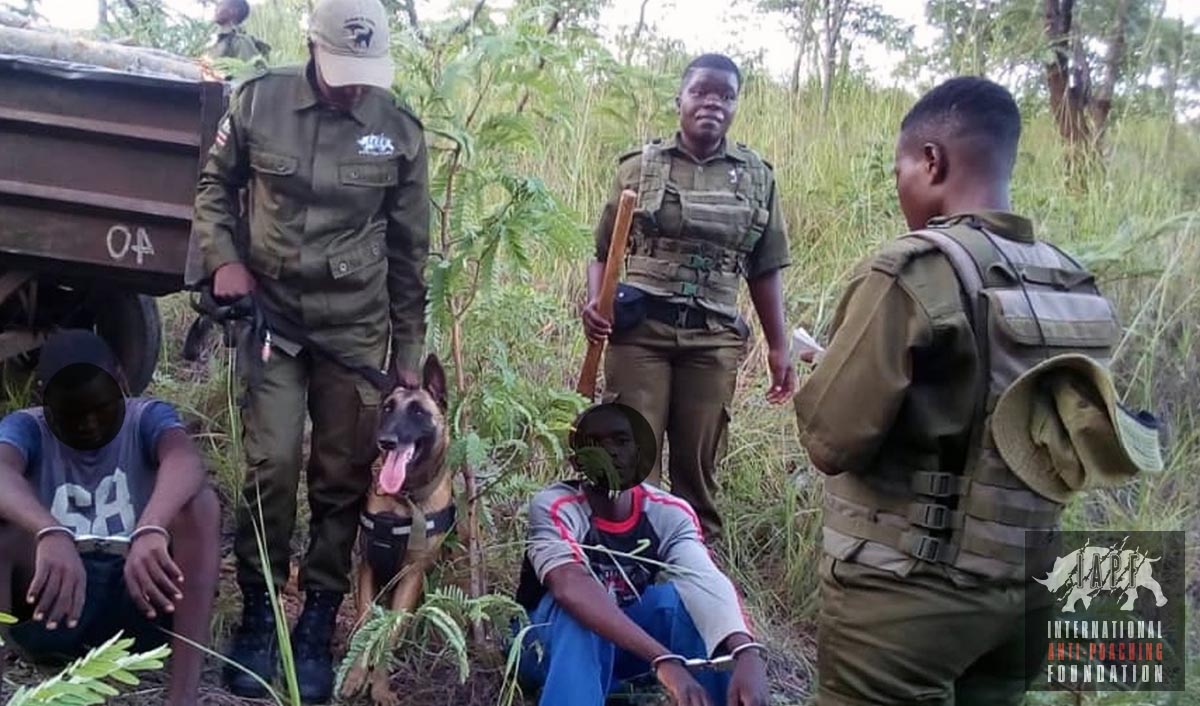 Katana, the Belgium malinois who was trained in South Africa responds with one of our call signs to illegal timer harvesting. This form of poaching is done on a commercial scale in order to cure tobacco and devastates ecosystems.

We have spent the last fortnight re-creating stability: DAMAGE CONTROL

We are anticipating and preparing for a major surge in poaching: ACTION STATIONS 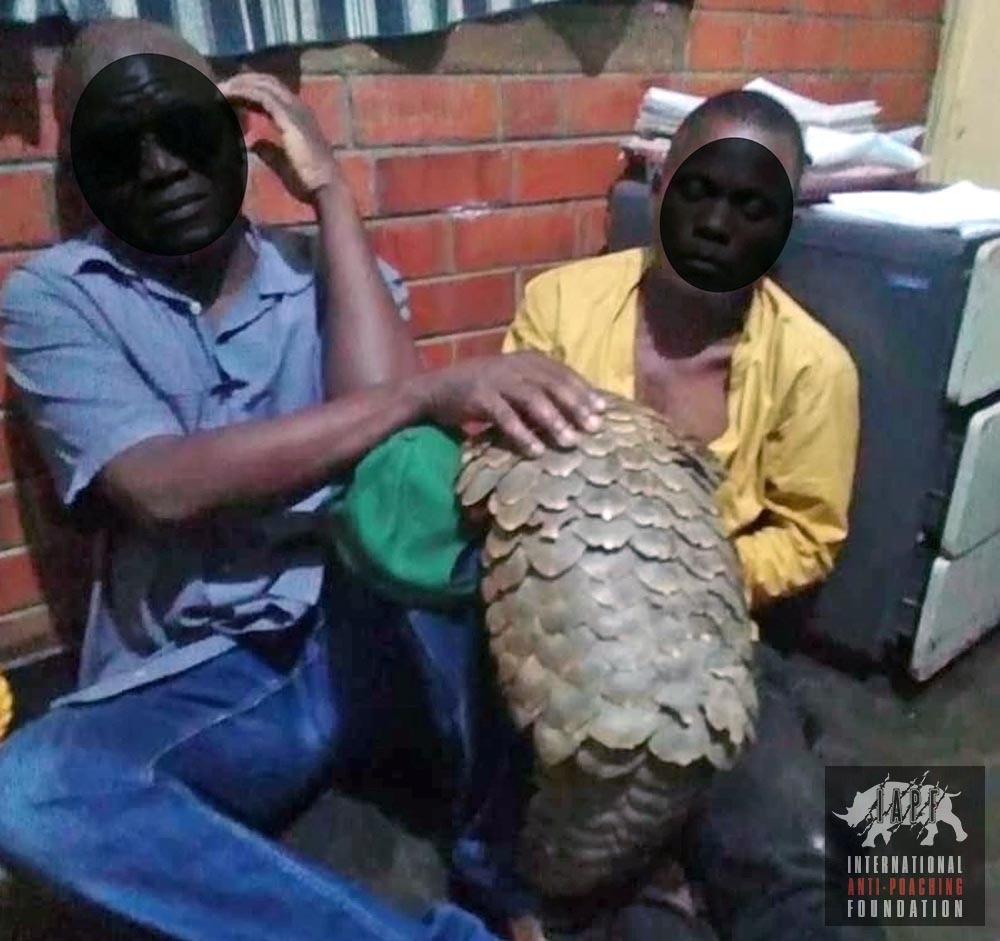 We have continued our work, safely, despite the challenges: OPERATIONS

As lockdown here continues, we salute all essential services that are working around the clock, and around the world. In people’s homes, an army of helpers support from behind the scenes.

Humanity is capable of great things when we are pushed to our limits. I believe that in the coming weeks and months, despite mounting and unfathomable challenges, we will see a side to our species which reignites our pride and unity as a global community. A reset which brings about reflection on what is important and what is not.

One of our roles as the IAPF family is to remind our networks that humans are not the only victims here. Now more than ever, wildlife faces an additional onslaught. A case of double jeopardy on the coattails of misery in which the wildlife markets of Asia gave birth to Covid-19. We are in a strong position to deal with this mounting threat. Our team is stood-to and will answer any challenge.

We have entered times which will define the future that we inhabit. It is our intention to make sure that nature prevails. 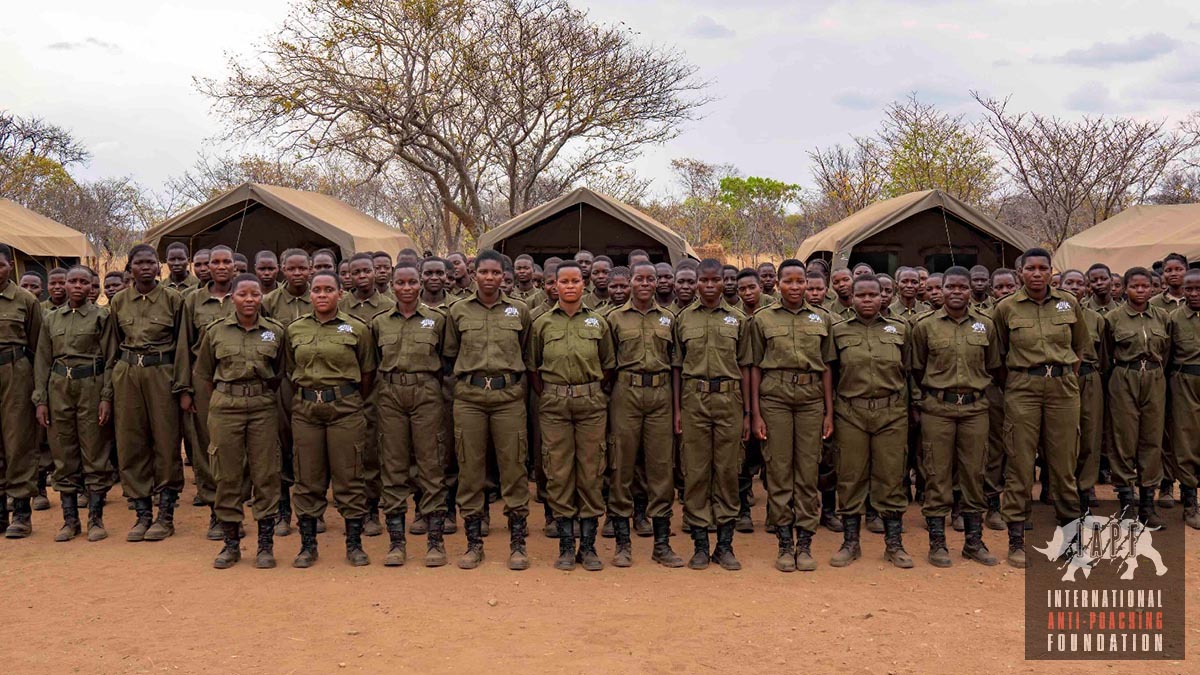 The growing team of Akashinga women in Zimbabwe are doing one of the toughest jobs in one of the most remote locations, and excelling.